Anyone who journeys this far south, stays in Essaouira long enough to wash underclothes under a cold-water tap in a room Gaughin yellow and indigo tiled, follows the sun slanting trail of Portuguese portals from Bab Lachour to Café Essalem to Cafe Petite France, decides enfin to become a writer.

Perhaps, it is the lure of a private, Bible-black bound journal and ink pen; one elbow on the table; a glass of coffee and hot milk crusted with cinnamon; a glass of water, pure as a prism--untouched; sugar cubes--untouched; an aluminum spoon rivaling silver from a saucer coffee stained, ovaled by equatorial light; intent eyes, the second sip; returning to appropriate a next phrase of wild, little, many-lettered, many-legged words on the vast, white terrain of another page.

Perhaps, it is simply having something to do, coffee after coffee, a short-term purpose--a stick in the earth, a stone, a shadow stick measuring the virginal procession of minutes.

Only Dennis does not want to write. He is from the isle of Jersey; his family has money; and he has no ambition this winter. Happily he sits sipping with 800 pages of Dickens beneath the striped cone of a straw hat bargained for in the suq, the serpentine alleys stinking of piss and smoke, leather, lavender, essences of peppermint, wood shavings, lemon wood, cinnamon, cinders, orange, blood and blood red spices behind us.

We face the salt and froth of the sea, each man wearing a silly hat covering eyes and nose. The women wear dark glasses.

Abdou Khadar does not wear a hat; he is Moroccan. He smokes Marlboro filters. He has his shoes polished for two dirhams by the child with scarred cheeks and jaundiced eyes. He breathes blue smoke: “Two years I have these shoes--,” raising them, shining shoes to the sun.

“We want to make--to organize a sort of library for travelers to exchange books.” Robyn’s neck blushes to the mouth of the striped sailor shirt Dennis wore yesterday to the hamam. His left wrist, cluttered luxuriantly with ornamental bangles, is darker than his hair, shagged summer blond, unwashed.

Unwashed, Kitty, psychiatric nurse from Bristol, sunburning her nose, says, “With my books, I suppose.”

“Here, where we’re sitting. For an hour everyday. Right, Dennis?”

“Be careful. I tell you, be careful. Life is not so open here. The owner of the café--he’s Mafia. If he agrees, then someone else--someone who walks around to look at things--sees what you’re doing, and then in two, three days there’s trouble, perhaps.”

“But who needs this. You want a book I have, ask me.” Abdou grins to a chorus of placid faces seeking or avoiding the sun.

“Why make things different? We are sitting here; here is the sun; no one bothers anyone--,” Ute deranging her prawn pink day pack for a slim, teal blue tin of Nivea.

My face is distended in two, large, blue lenses. I yearn for her substantial Death in Venice.

Kitty lifts and lowers her chin as if securing a violin: “Nicholas Nickleby does not go into this library.”

Martin’s bad eye wanders enthusiastically. He motions to the water: half coffee, half milk. “It will rain today or tomorrow.”

A muezzin erupts from a football field loudspeaker. Abdou snaps open a brushed-chrome lighter, laughs, tap, tap, taps the tip of a fresh cigarette to the table, mulatto-milk puddled: “Merde.”

“Like a Virgin” is cut midchorus. Allah confuses all conversation. Veiled women walking in threes are vindicated.

We survey the square, we veterans of the seaport town.

David unbuttons his shirt to graying, ginger-freckled breasts. He was here in ‘68. He remembers Hendrix at Diabat.

Did you notice how quiet it is today? The police arrested all the hustlers--first thing this morning. There was fight between seven dealers last night. Someone was killed in the Kasbah Sqala. Hari told me. Now, there’s no hash anywhere. It’s dry as Iowa. Everyone’s going to Marrakech.”

“I don’t care.” Clea slurs fig liquor into her coffee.

Iris: “Do you realize that child cooks every meal--”

Kitty: “He’s a swine. He was a swine last year, and he’s a swine this year. Does he still varnish his fingernails? I’m sure Père Claude must find that most interesting.”

Clea’s cough ruminates into a rattle. ”There are only two questions, David: Did you have a happy childhood? and What is your birthsign?” Tap, tap [spoon to glass].

“Scorpio. And my childhood was very abusive.”

The young Moroccans watch us. They do not understand this wandering from café to café. In the heat they cross to Mogador, the purple island, or camp in Diabat at the end of the crescent of hot sand. Why just sit like that all day, they wonder, with the little books and cheap pens?

But they know nothing of Hemingway or moveable feasts or the pleasures of lost generations.

To experience a performance of "Anyone Who Journeys,"
please visit:
http://www.myspace.com/fammereepoems
and listen to selections #5 & 6 (upper right corner).

“Anyone Who Journeys ” appears in Lessons of Water & Thirst,
a book of poems by Richard Fammerée. 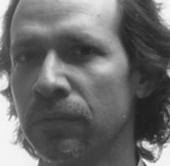 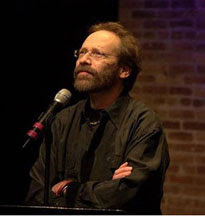 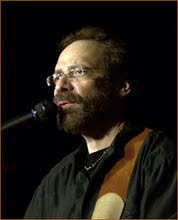 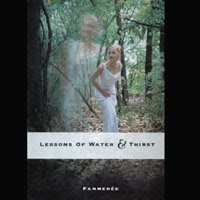 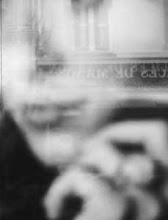 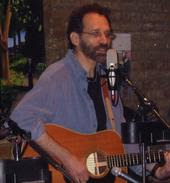 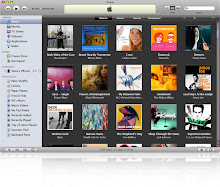